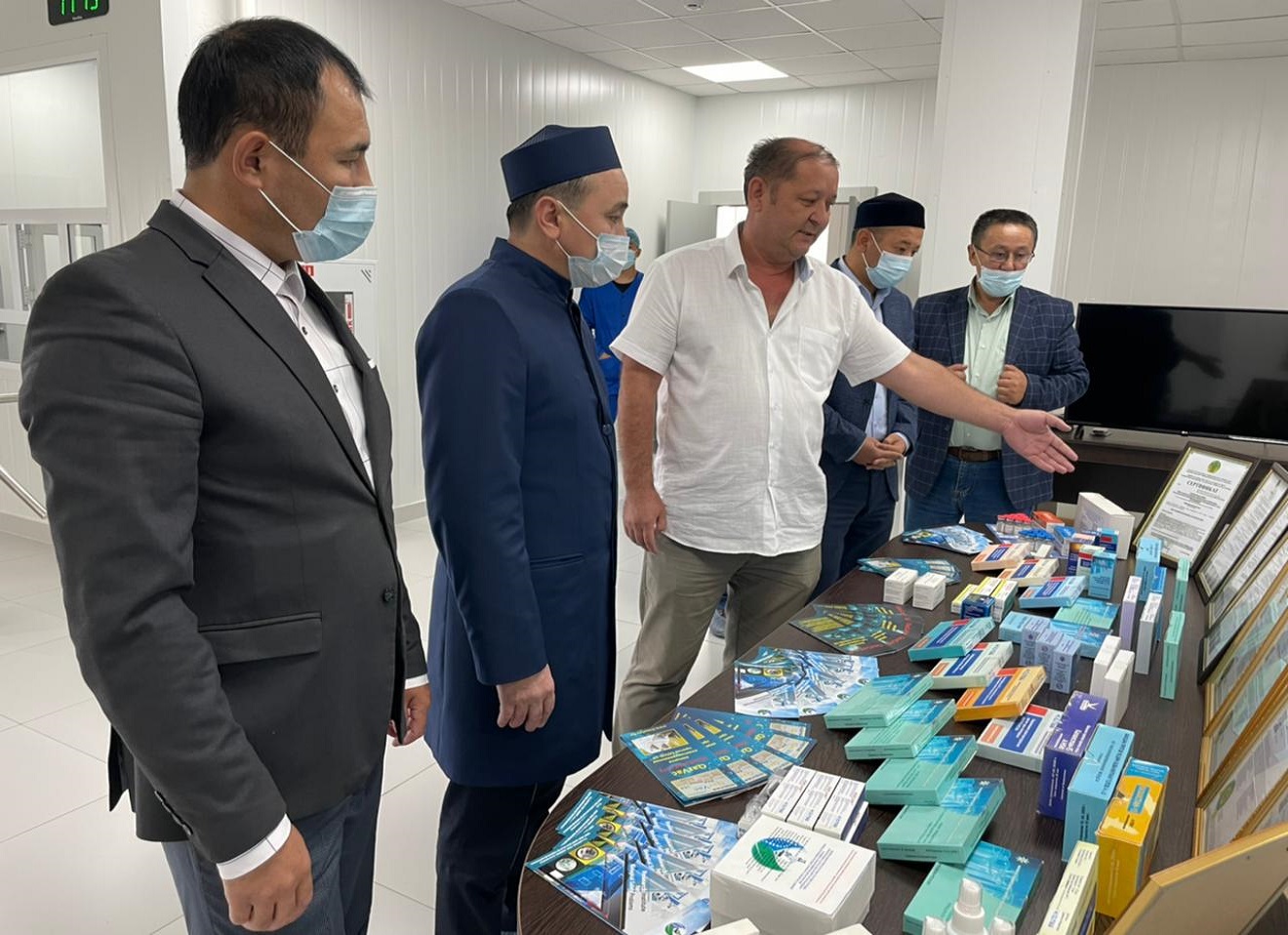 Naib mufti Ershat Agybayuly, director of Halal Damu Aibek Askarbekuly, specialist of the Sharia and fatwa department Bauyrzhan Abduali, technologist, medical specialist Aizat Sataev, on behalf of the Supreme Mufti of Nauryzbay kazhy Taganuly, visited the Research Institute of Biological Safety Problems to familiarize themselves with the conditions for the production of the vaccine “QazVac”.

The certification of the vaccine to the Halal standard is carried out at the request of Muslims, who make up 70% of the country’s population, and consumers of halal products. This is also due to the fact that foreign Muslim countries such as Indonesia, Jordan, Iran, Pakistan, Tajikistan, and others are also interested in the domestic vaccine. The delegation of the Spiritual Directorate of Muslims of Kazakhstan got acquainted with the activities of the institute, the control laboratory and the components used in the preparation of the vaccine for compliance with the Shariah requirements. The QazVac certification process under the QMDB Halal standard is ongoing. Results to be announced shortly.